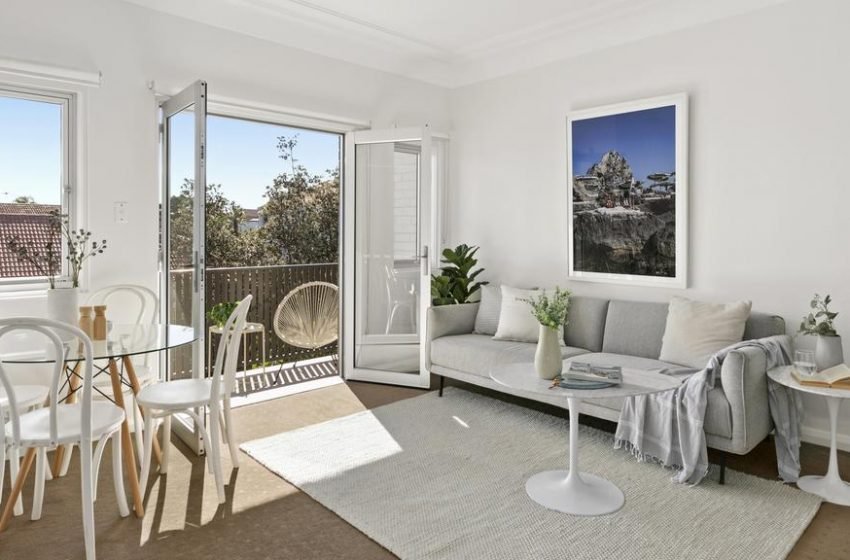 The ancient proverb, like father like son, has been around in one form or another since the 1300s, and it’s an idiom that still rings true today. Larry Edmur, Australian television personality and current co-host of The Morning Show alongside Kylie Gillies, has followed in the footsteps of his son, Jye, by listing his Bondi investment properties for sale.

Having grown up by the beach in Bondi, Larry started his career as a copyboy for the Sydney Morning Herald before moving into television at the Seven Network where he became the youngest newsreader in the country. Best known for being the host of The Price Is Right in the 90s, Larry has also hosted other game shows including The Main Event, Cash Bonanza and Wheel of Fortune. A keen surfer, while Larry now lives with his wife Sylvie in Sydney’s CBD, they brought their children up in an apartment on Ramsgate Avenue in North Bondi, and three generations of Emdurs have now called the beachside suburb home.

No doubt hoping to see the same success as his son – who set a real estate record by selling his art deco two-bedder in North Bondi for an eye-watering $1.36 million – it is believed that Larry will put his two Bondi apartments up for sale.

Both rental properties were purchased by Larry almost two decades ago in 2001, and both the one-bedder on Brighton Boulevard and the two-bedder on Glen Street are expected to sell for around $1million each.