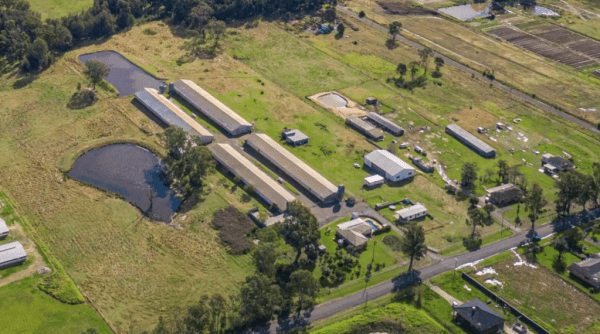 A vast development block in the Western Sydney Aerotropolis precinct has been snapped up for $14,500,000 as buyers look to get their hands on the rapidly developing area.

The 3.96-hectare block is currently a poultry farm, and its ideal location led to investors jumping at the chance to purchase the site with a view to develop in the future.

Elijah Shakir, Andrew Sukkar and Fabio Screpis, of CBRE, all helped negotiate the sale of 205 Lawson Road which was purchased by the Barba and Putrino families – both of which operate in the food industry.

Mr Shakir said that the property drew buyer’s attention due to its proximity to Sydney’s newest airport and the potential the site possesses.

“The sale campaign attracted significant interest due to the scale of the site and its proximity to the new airport, which will be a transformational project for western Sydney,” he said.

We have a number of mandates from buyers seeking similar sites to capitalise on opportunities associated with the development of the airport and surrounding government infrastructure totalling over $5.25 billion.

The sale marks the first since the NSW Government gazetted the rezoning of five priority precincts in the Western Sydney Aerotropolis and Mr Sukkar explained that the landmark sale has set a precedent moving forward.

“The transaction sets a new benchmark for the Badgerys Creek Precinct, representing a 28% uplift on the previous record set two years ago when the Aerotropolis precinct maps were first issued,” he said.