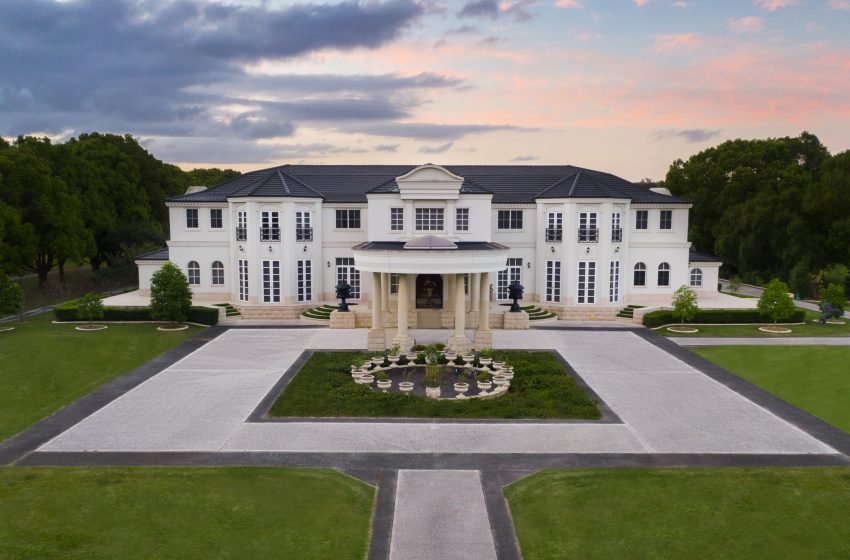 0ne of the most palatial homes the Gold Coast hinterland has to offer Bellagio La Villais is currently on the market for a local-record-breaking price of $50 million.

The property sprawls across multiple hectares and down the banks of the iconic Tallebudgera Creek, offering blissful tranquillity thanks to the surrounding abundant nature.

Real estate agent Amir Mian, of Amir Prestige, says the estate is beautifully manicured with purpose-built furniture and custom-crafted decor that matches throughout.

“A famous architect from Melbourne was flown in just for the landscaping,” he says.

Those with a fondness for golf will be pleased to find the Tallebudgera golf course a quick buggy ride from the front door.

The seller, Chinese billionare Riyu Li, first purchased the property with visions of a wellness and garden project, encompassing 108 units as well as a hotel. These plans were, however, turned down by the government last year.

Li also bought one of the five lots amalgamated to the main house on the same day for $1m – half the previous sale price of $2m back in August 2006.

The vast site is perfectly situated – jump in the car and schools including St Andrews Lutheran College are just four minutes, with Palm Beach and Coolangatta less than 15 minutes away.

Some other notable features include a showroom-style five-car garage, heated swimming pool with spa and sauna, a thriving orchard and stables.