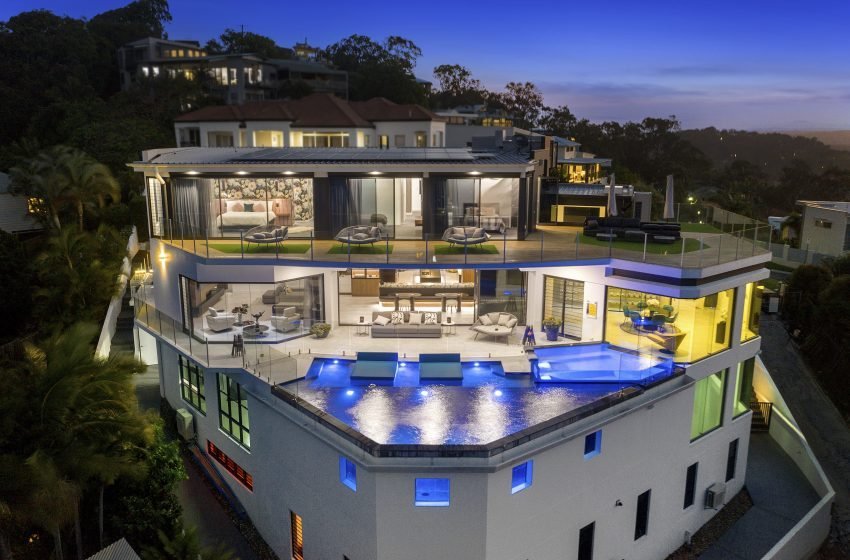 A stunning luxury hilltop mansion is about to drop onto the market and is set to draw interest from far and wide.

Following an incredible renovation and boasting incredible views as far as the eye can see, it is thought that the home will attract offers in the region of $7 million.

Town selling agent, Craig Morrison, spoke to OzHomeNews about this special six-bedroom property and why he believes it is sure to get buyers’ hearts racing.

“It is big mansion on the hill so it kind of has an LA style to it,” he said.

“There are 270-degree views of the Hinterland and the beach, the views are amazing,” said Mr Morrison.

Dubbed one of Queensland’s finest homes, the four-level property, at 31 Pacific Heights Court, Coolum Beach, boasts over 1,300sqm of luxury.

“The basement has views better than most houses,” said Mr Morrison.

“Every bedroom has a view too, which is pretty unusual, normally it’s just the master which has the view,” he said.

The buyers are looking to sell the home they purchased two years ago as they are looking for something lower maintenance, with Mr Morrison of the impression that it will be purchased by a buyer from out of town.

“I sold it to them about two years ago for $3.6 million and they’ve bombed a couple of million on the renovation,” he said.

“You just won’t ever get that again, four levels, you just can’t get that physically approved by council anymore,” explained Mr Morrison.