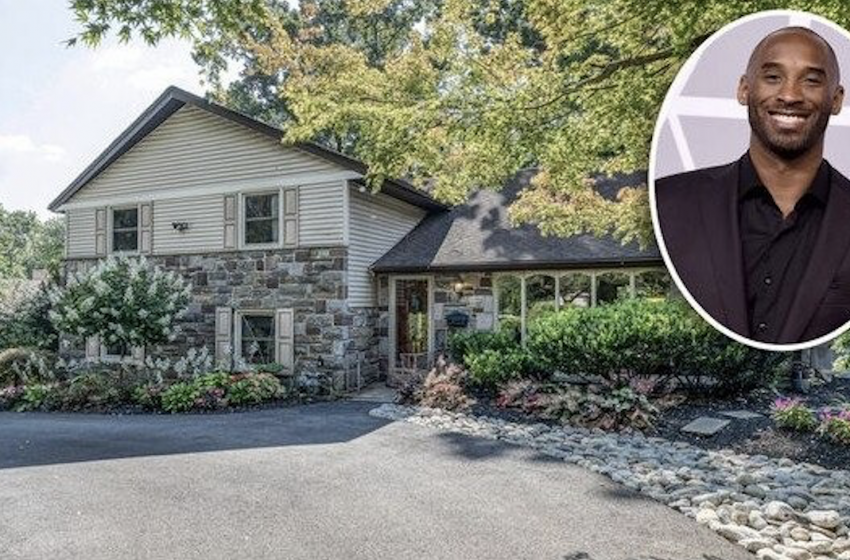 The home of the late NBA icon, Kobe Bryant, is on the market for $1.23 million (US$900,000) and is even complete with the original basketball hoop!

The Colonial-style Philadelphia house where the Lakers legend spent his teenage years, has been listed with Compass, giving the chance for a buyer to take to the court and call this piece of basketball history home.

Speaking to Realtor, co-listing agent and former high school basketball player himself, TJ Sosko said: “I not only took a shot, I did a little dunk. I had fun with that.”

“It’s very nostalgic to be there. It’s a surreal feeling, actually.”

It is at the five-bedroom home where Bryant honed in his basketball skills, and led his high school team to state championship before going onto embark on his illustrious career.

The 315sqm home was built in 1957 and was bought by the Bryant family in 1991 upon returning from living in Italy.

“When they bought it, I don’t think they really had a clue until settlement, when they met Pamela, Kobe’s mom,” Mr Sokso said.

“It would be great if it was somebody who was a huge Kobe fan who wanted to purchase the property.”

The home features a traditional layout with open plan living areas accompanied by well kept gardens, but it is the original basketball hoop that steals the show – especially during viewings, with Mr Sosko saying that shooting a basket may become a part of every viewing.

“I brought in an NBA ball, so maybe we will do that. I’ll put a ball off to the side, that would be fun,” he said.

Bryant tragically passed away in a helicopter crash in January this year, along with his 13-year-old daughter Gianna and seven others.