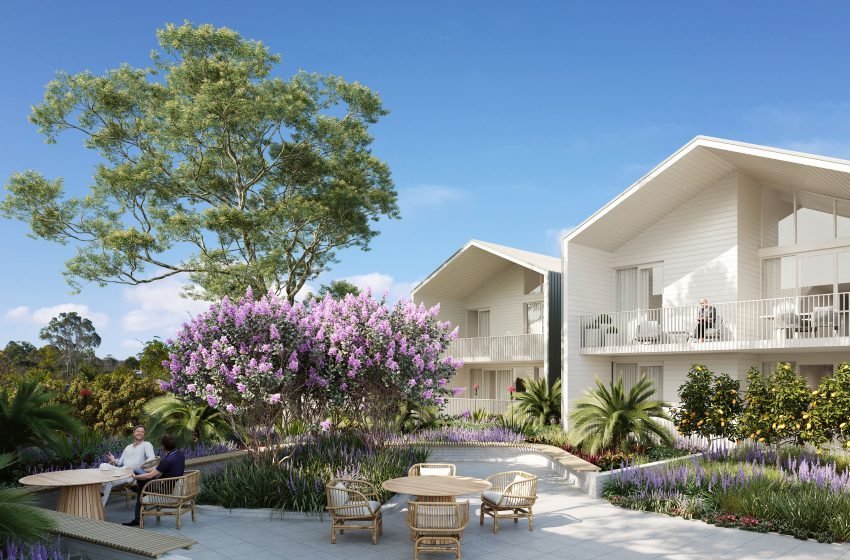 An exciting over 55 development is coming to Sydney’s Upper North Shore and is like nothing the area has seen before.

Despite only being launched last week, Longhouse, has caused quite the stir, with Luschwitz Real Estate listing agent, Stephen Sales, describing prospective buyers’ excitement at the luxury development.

“Everyone has been so excited and people have said that they haven’t seen anything like this before,” he said.

With construction scheduled to start next month and be finished in early to mid-2022, it seems buyers are already queueing up to get in on the action.

“We only released it a week ago and the response we have got back has been amazing,” explained Mr Sales.

“I was on the site with different people five times yesterday and everyone is just loving it and wants to take their pick quickly!” he said.

Developers WINIM are behind the exciting project which encapsulates its beautiful surroundings by the impressive use of green space and wonderful light filled homes that have really captured the market.

“It is the most brilliant design, we have never seen anything like it before on the Upper North Shore,” said Mr Sales.

“Virtually every one sweeps out to the north and they all have beautiful high raked ceilings, large open plan living spaces and huge terraces,” he said.

Located at 14 Collins Road, St Ives, Longhouse is a really special offering, want to find out more? For more information or to arrange a viewing, get in touch with Stephen.