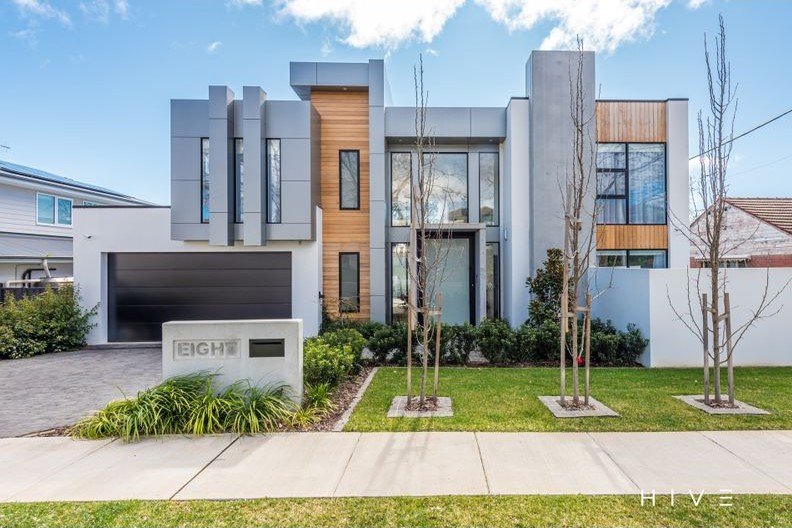 An immaculate Canberra home which boasts an unrivalled level of detail and design is on the market with a $3.5m plus price guide.

The four-bedroom property, at 8 Carrington Street, was built and designed by the current owners who have years of industry knowledge under their belt, and it won the 2019 MBA best use of materials award.

Listing agent Matt Shipard, of Hive, said: “No expense has been spared in finishing this home – it is flash!”

And he’s not wrong, with around $100,000 worth of stone used throughout the house and top of the range appliances everywhere you look.

“It has massive amounts of natural light and views directly to the north,” he said.

The property’s quirky design is littered with unique features throughout which combine beautifully to create the sense of space and elegance.

“It has an internal courtyard which has been turned into a fernery,” said Mr Shipard.

“The main living area has 4.6m ceilings throughout and hugs the luxury kitchen which has about $40,000 worth of oven space!” he said.

The luxurious offering is set to attract varying interest, with Mr Shipard stating that the home’s design will appeal to those from the larger southern cities.

“We are anticipating two different types of buyers, young downsizers or a family moving from either Sydney or Melbourne,” he said.

“Because of the way the house has been designed, with so much emphasis given to internal and external living spaces, it feels like a home you would find in parts of Sydney,” said Mr Shipard.