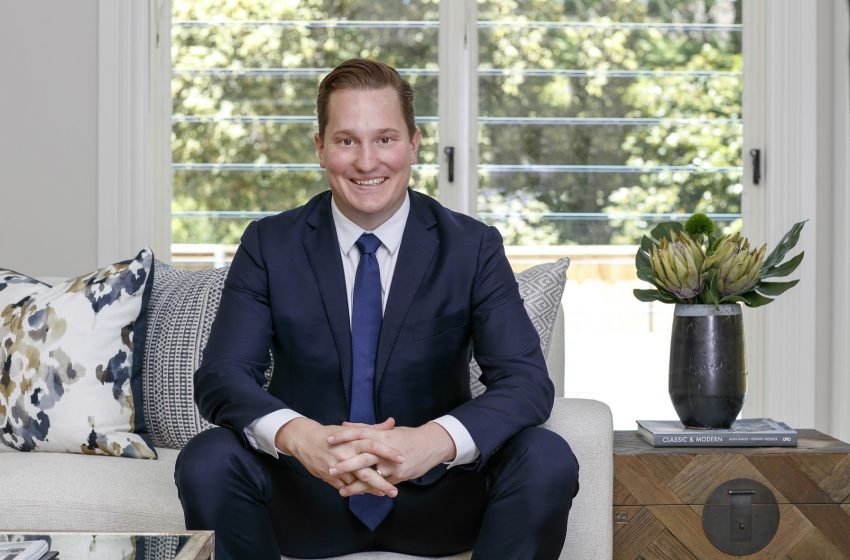 Having recently broken through the $1 billion sales mark with the Ray White Group, David Walker is this week’s OzHomeNews Agent of the Week.

After stumbling into the industry as a youngster, the Sydney-born agent soon realised he had a natural knack for selling luxury homes and during two stints in real estate has made quite the name for himself.

“I sort of fell into real estate accidentally, actually. I took a year off of school and a friend of mine was getting into it and I thought it could be a good job on the side for 12 months as I saved up to go travelling,” David says.

“But I ended up staying in real estate and in my first year was awarded the Young Achiever of the Year by the First National group, which is who I was working for at the time.

“Then one of my vendors offered me a job to go and work for him as a stock broker up on the Gold Coast. So, with no experience or knowledge of stockbroking, I got my PS146 licence and was a stockbroker for a year!

“I didn’t enjoy sitting behind a desk all day but I enjoyed the whole ‘living on the Gold Coast as a 22-year-old’ thing!” David laughs.

At the age of 24, David joined Ray White and recently celebrated his 10th year with the group. And it’s here where he really upped his game, putting the right structures in place and surrounding himself with likeminded professionals to take his career to the next level.

“I’m a big believer in having people around you who have a positive energy and people that want to get the best out of themselves,” he says.

“There are so many top performing agents within the industry that I’ve worked with who have been instrumental in helping me grow.

“Put your head down, make a plan and stick to it,” David says. “Create the business that you want in five years’ time now. If you view your real estate career like a business and you accept that you have to spend some money to make some money, you can put the right structure and team around you.”

Home is where the heart is

“There’s not as much of a need to be right in the city any more, so people are flocking to the Upper North Shore because they’re realising there are bigger blocks with more space, beautiful locations and amazing schools,” he says.

“I think it’s going to be a really good selling period within the market – interest rates are at an all-time low and I think people in secure jobs are going to see it as a really good opportunity to upgrade or buy their dream home.”

Are you a high performing agent who is killing it at the moment? Or perhaps you know someone who deserves a bit of credit for their hard work? If so, then get in touch with us on Instagram @OzHomeNews.